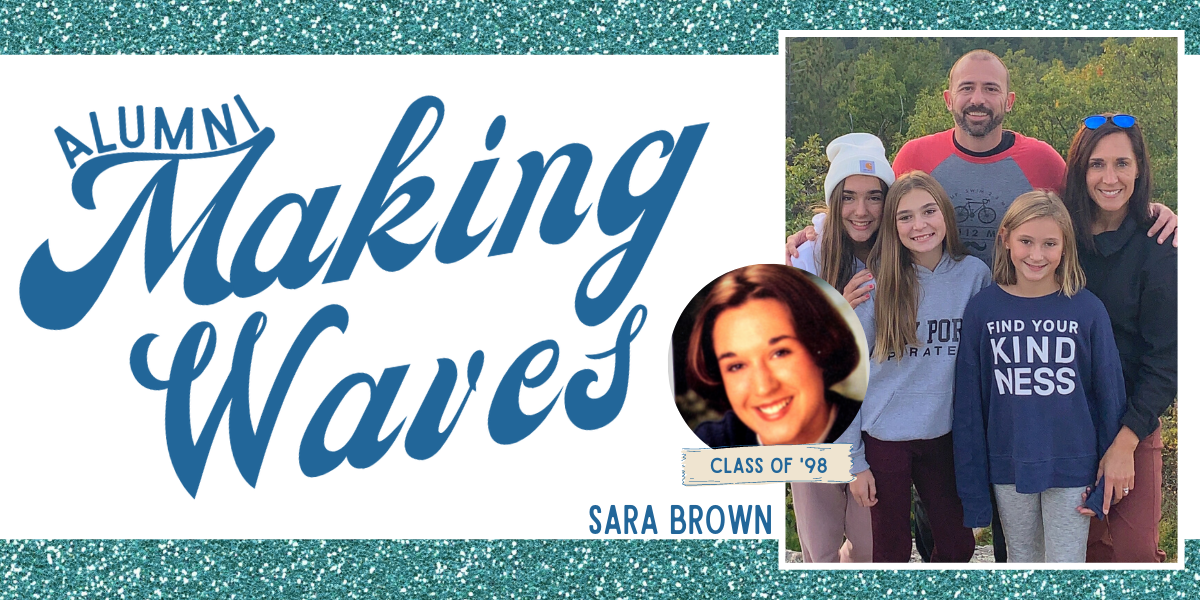 As we enter the new school year, we welcome new staff members to the Howard-Suamico School District (HSSD) team. A familiar face joining the Lineville teaching staff is Sara Brown. Although Brown is a new full-time staff member, she’s far from new to HSSD.

Brown, a graduate of Bay Port’s Class of 1998, attended the University of Wisconsin-Milwaukee and received a major in Elementary/Middle Education with a science minor. Upon graduation she taught third grade in the Milwaukee Public School System.

“I really enjoyed my time working in the city,” said Brown. “I always did my best to teach my students not only academics, but that they each had something special to give the world.” She mentioned that she’s even had some former MPS students find her on social media to catch up. “It’s always fun to hear of their success!”

After over a decade of living in Milwaukee, Brown’s husband was offered a new work opportunity in the Green Bay area. The timing was perfect as she was ready to return home, moving with her family to Suamico in 2010. “We chose Suamico to be close to my family,” Brown said. “Plus we wanted our kids to grow up to be Pirates like their mom!”

Upon moving, Brown decided to take some time off from teaching to be home for her two (and then three) little girls. During this time she developed a photography business, getting to know many in the Howard-Suamico community while taking family, kid, and newborn photos. She also became great friends with many of her neighbors near Bay Port High School.

One of those neighbors was Jim LaBlonde, who convinced Brown, once she started substitute teaching for HSSD, that she should give subbing for his Lineville physical education class a try. “Until that point I had really only been subbing for elementary schools,” said Brown. “Plus, I’d never taught physical education, so it was definitely out of my comfort zone. But Lineville soon found a place in my heart!”

When LaBlonde passed away suddenly in 2019, Lineville turned to Brown to support its  physical education team in a long-term substitute position. “I definitely developed a bond with Emily (Gueller) during that trying time. We shared an office and became pretty close. She and Paul (Alexander) were supportive teammates to have in such a delicate situation.”

It was during this period that Brown developed a love for the intermediate school level and, in particular, the staff at Lineville. She explained that she felt accepted by the staff and, because of this, ultimately felt compelled to apply when a full time position became available. “My youngest is no longer in elementary school, and I truly enjoyed the relationships I formed during my long-term sub positions. Not only with the staff, but the kids and families too.”

When asked how she is feeling going into this school year, Brown smiled, “I’m really excited to see what the year holds. I feel like Jody (Stangler) and I make a great team!”

Reminiscing about her time as a student at Lineville (then Bay View), Brown recalled her favorite teacher from those days. “Mr. Nemeth taught me in eighth grade and, looking back, I think he might have been the one to inspire me to become a teacher.” She continued, “He actually let students get up in front of the class and teach sometimes! I remember him calling on me when I was being particularly chatty and handing me his manual up at the podium to have me instruct my classmates.”